How long does a divorce take?

The length of the divorce process is one of the important factors people have to consider before starting. Some people imagine that once you decide to get a divorce, it's all settled within a month and the divorce is final. Others put off getting a divorce out of fear of the process dragging on for years and causing suffering for themselves, their children and those around them. As usual, the truth is somewhere in between. So how long should you expect it to take? 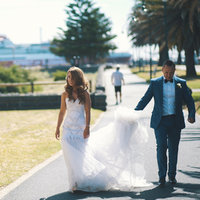 Divorcing couples are often unpleasantly surprised at how long divorce proceedings take. Although not all divorce proceedings are the same, sometimes a case that seemed simple at first becomes complicated and as a result takes longer than expected. We never give our clients unrealistic estimates, so we always warn them in advance that even an uncomplicated divorce takes six months to a year. If minor children are involved, the process takes longer.

The fastest, most straightforward version, of course, is an amicable or uncontested divorce without minor children. In practice this means that both you and your spouse agree to the divorce and have entered into a joint marital property settlement agreement. This is often the case for short marriages where the couple realizes after a few years that the marriage is not working out and decide to get a divorce. In these cases, the divorce usually takes just a few months, mainly depending on court capacity.

If minor children are born of the marriage, however, the court will first need to decide on their custody arrangements in separate court proceedings. As it is a very sensitive topic, this is where fundamental disagreements between the spouses as parents tend to arise. If the spouses manage to conclude an agreement, meaning they come to an agreement on custody arrangements and child support payments that one or both parents will make, then the battle is more than half won. Child protection services will need to weigh in on the agreement and it will need court approval as well, but if it is reasonable and not in conflict with the interests of the children, it should not be a problem. This will naturally shorten the divorce proceedings to a great degree.

Simply put, the quickest divorces are those where the spouses are in agreement, both with regard to the divorce itself as well as secondary questions including child custody, child support and property settlement. In those cases the court is more or less a formality. However, reaching a compromise acceptable to both sides is not always easy, so it is best to stay well prepared and a step ahead at all times.